Jennifer is currently a contributing editor for Brooklyn Magazine, where she has a monthly interview series entitled, “I Got a Story to Tell.”

Jennifer has over 15 years of experience in television, radio, print journalism, public relations and marketing. Jennifer’s communications career started out with guidance from a few great mentors in Philadelphia and New York City. She started off assisting the Program Director of one of the top radio stations in Philadelphia. And from there, she went on to write shows for BET Networks in New York City, and then got her first taste of Masthead presence as an editorial intern for TRACE Magazine. After seeing her name appear in print, Jennifer didn’t want to ever let that feeling go.   She has been featured on television and in print and online publications including Essence Magazine, PBS’ Art Beat, XXL Magazine, The Atlanta Journal-Constitution, Women of Power, Atlanta Tribune Magazine, Examiner.com, Source Magazine, revolution.is, The Fab Empire, and other publications.

Jennifer understands how important it is to teach what she has learned, so she decided to become an adjunct professor at Goucher College and teach communications courses to graduate students in the Master of Arts in Management program. She has also served as the executive director of the Atlanta chapter of ColorComm: Women of Color in Communications, the only professional women’s organization focused on executive level women in communications.

Jennifer holds a B.A. in Broadcast Journalism and Political Science from Temple University and a M.A. in journalism from the University of Baltimore. Jennifer is a Class of 2016 graduate of LEAD Atlanta, an intensive eight-month leadership development and community education program targeted at promising young professionals in Metro Atlanta.

To learn more about Jennifer’s experience,

JENNIFER OGUNSOLA HAS BEEN FEATURED IN: 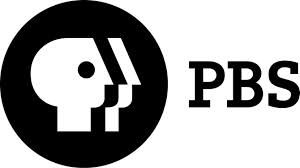 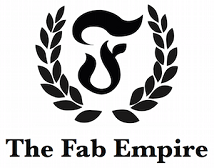 Welch Center for Graduate and Professional Studies, Master of Arts in Management

I taught communications to graduate students in the Master of Arts in Management program. The course gave an overview of the elements of effective professional communications, including writing clear, concise copy; developing and implementing a strategic communications plan for an organization; communicating messages to various audiences in creative ways; crisis management; and effective public relations and media strategies.

As the airport manager of Marketing and Creative Services, I manage essential functions related to driving incremental revenue for the airport, while developing compelling initiatives to support domestic and international marketing. As a leader of the marketing team, I collaborate with members of my team to build the brand of the airport via advertising campaigns and media placements. The marketing team works closely with all departments throughout the airport to support new initiatives that create awareness on the services and functions within the airport.

Served as the strategic advisor to the Executive Director and senior management on both internal and external message development and collaborated with the Mayor’s Office of Communications Director to develop and execute integrated marketing and communication campaigns and initiatives. I was responsible for all written and digital materials that conveyed information about the Agency and the Mayor’s vision for workforce development throughout Atlanta, and developed both short and long-term communications plans. I also led the re-branding of the Agency while serving as the key spokesperson and managing the operations of the Communications Office, including hiring and training, and budget development and oversight.

City of Atlanta’s Department of Parks and Recreation, Atlanta, GA

Write, edit and publish monthly interview series, “I Got a Story to Tell.”

From celebrities to creatives to entrepreneurs and everyone in between, this monthly interview series will profile people who make Brooklyn one of the best places in America.

Wrote features for magazine and website and assisted the editor-in-chief with all editorial duties; managed the workflow, deadlines and responsibilities of all editorial interns and other writers; and, edited, researched and fact-checked information for web based products and for each magazine issue.

Conducted interviews with recording artists and published short pieces in the magazine; researched information for upcoming magazine issues; and, wrote weekly gossip columns and assisted the senior editor in creating a weekly newsletter for the magazine.

Thank you for connecting with me.

Drop me a line and I promise to get back with you.